I spent a few days in Las Vegas this week, and as I was strolling down Fremont street yesterday afternoon I stopped to watch this guy paint. 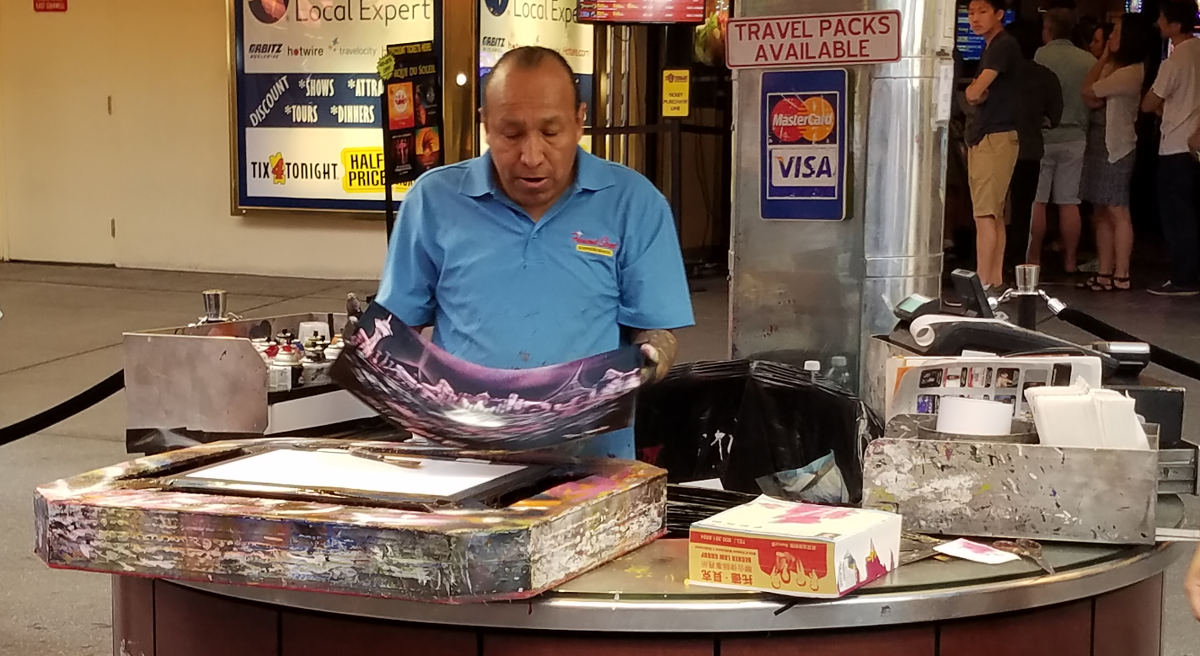 I watched him start with a completely blank peice of paper. Then he started applying paint (with spray paint cans!), using other peices of paper to block off sections of his "canvas", and removing or smearing paint with rags.

After a while he had created this painting: 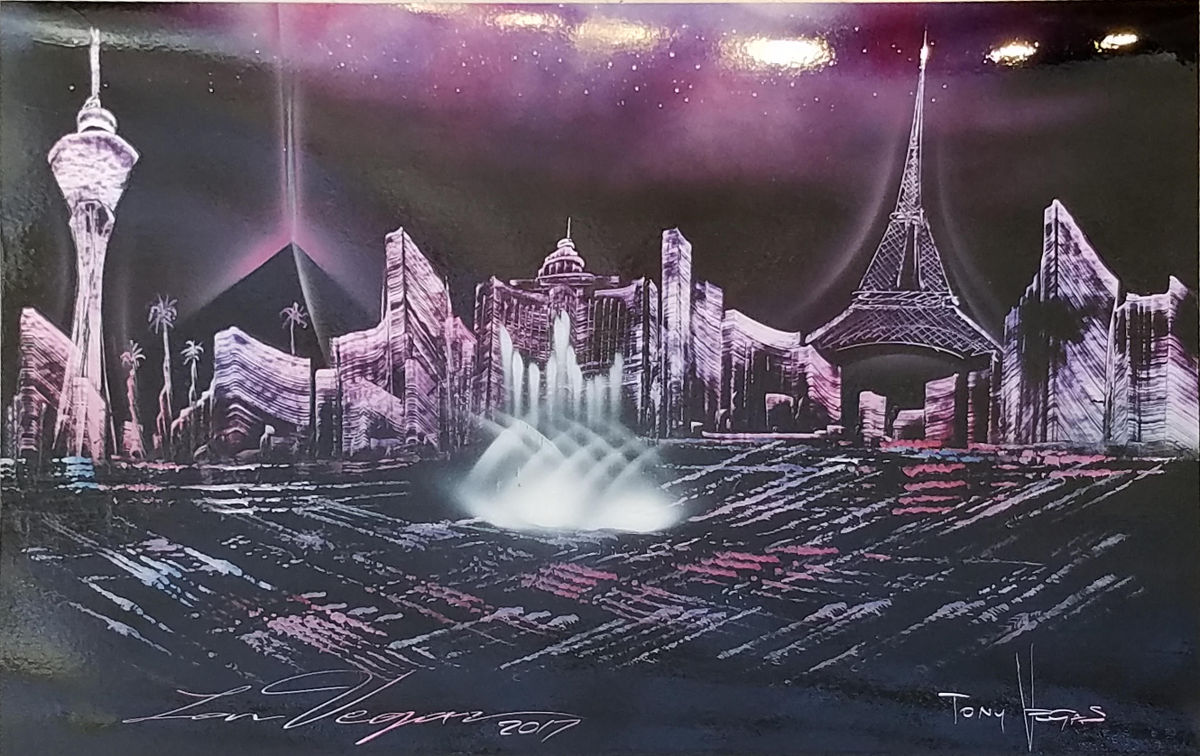 As I was watching him paint it occurred to me that this is the ultimate example of "working in public".

Every single drop of paint was added in full view of anyone who cared to watch. He never raised a curtain to protect a "trade secret". He never obscured the view of his work in progress to preserve a special technique.

He never worried that I might watch what he was doing and then go home and do it myself. In fact, it's just the opposite. As I watched him paint I continually thought "Wow, that takes some skill! I couldn't pull that off with 15 hours of work, and he's doing it in 15 minutes."

He's well aware that if I were looking to pick up his techniques that I was never going to be his customer in the first place. He knows that letting me see the process of creating this painting is part of what makes the end result impressive.

A little later in the day I passed the same spot again, and there was a different guy doing the same thing, in the same spot, with the same gear. 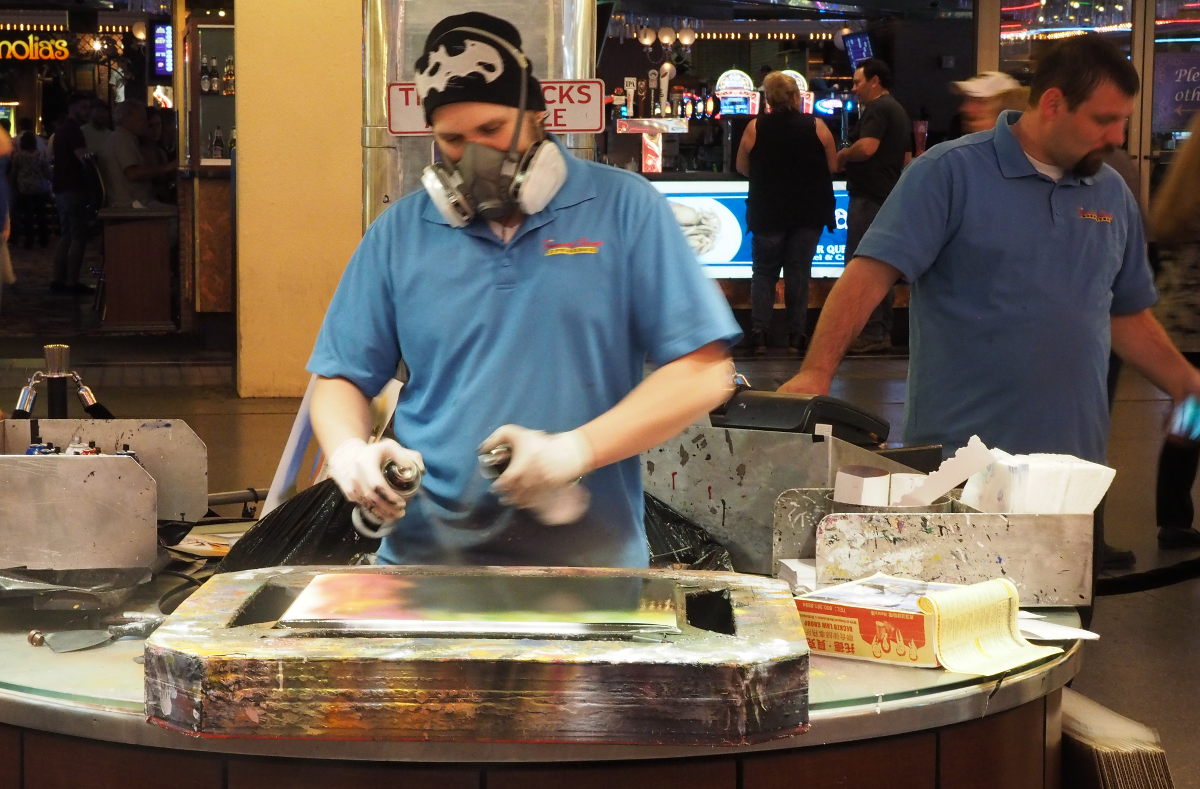 I don't know which painter is the "master" and which is the "apprentice" in this situation (I have a guess), but it's clear that there's a group of people all working together. I'd bet that whoever is the "ring leader" managed to recruit others to the cause by working in public and demonstrating mastery of skills.

So, to wrap up, I think there are two main benefits that these guys (and their group) get from working in public.

Note: This post is as much for my own benefits as anyone's. I'm still working to internalize the concept of working in public, and still trying to figure out exactly what it means for my type of work. I think this is a good example to keep in mind when The FearTM pops up and tries to convince me that I need to "protect my secrets".

Btw, the first painter that I saw is a guy named Tony Vegas. You can see (and buy) some of his art here.